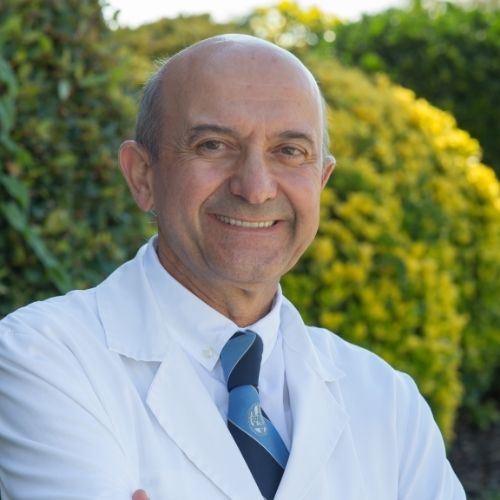 At Verde Esmeralda Olive we want to know what is really essential to maintain a healthy life, that is why we wanted to speak with Dr. Miguel Ángel Martínez González. He is a Spanish physician, epidemiologist, professor and researcher who has received national and international awards for his publications and books in which he has shared his research. He then will explain why EVOO is so important and will give us the keys to lead a healthy life.

What are the daily routines you recommend to stay healthy?

Do moderate exercise, an average of 2 and a half hours per week. You don’t have to do extreme physical exercise every day. If you want to exercise vigorously, at least 75 minutes a week.

Follow a Mediterranean diet pattern, which both in the book “Health for sure” and in “What do you eat? Science and conscience to resist ”, I explain the 14 points of the Mediterranean diet. Sleep between 7 and 8 hours a day. Spend an hour with friends and not be glued to the screen all day. You have to limit the time you spend on screens. In studies that we have seen at the University of Navarra, people who spend on average more than 3 hours a day watching television have a much higher risk of premature mortality. It is also good to weigh yourself almost every day, because the scale does not lie.

What factors do people often overlook when it comes to taking care of themselves?

In the ultra-processed ones, you have to look at the label, since the vast majority of the population spends a lot on salt consumption. Canned, precooked foods are heavily laden with salt. People think that salt is not to abuse the salt shaker, and the salt shaker throws a few grains. What’s loaded is all those processed foods.

Another thing that is often overlooked is going too long without taking your blood pressure. I recommend taking it every two years. Also, from the age of 45, it is good to measure blood lipids, cholesterol, DHL, triglycerides.

Is diet the most important factor to be healthy?

Yes, without a doubt. The American Heart Association discussed 7 factors, including tobacco. Tobacco surpasses all the bad things that we should avoid. We should not smoke anything, breathing smoke instead of air is nonsense, since the lungs are not made to breathe smoke, nor are humans made to receive so many carcinogens.

In addition to not smoking, other factors include having an adequate body mass index, being thin, having good cholesterol, blood pressure and glucose, eating a healthy diet, and exercising.

Of these 6 things, the first 5 are related to the calories we eat. Everything mentioned depends on what we eat. Physical exercise is the other side of the caloric intake and expenditure equation. For this reason, the diet determines almost everything, since it is necessary to make a balance between what is ingested and what is spent.

Is the occasional consumption of ultra-processed foods harmful?

It depends on what is understood by punctual. Ultra-processed foods fill supermarkets: all processed meats, cold cuts, sausages, pâtés, cookies, strong alcoholic beverages, etc. In the study we published in the British Medical Journal, we found that people who consumed 4 or more servings of ultra-processed foods daily had a very high risk of premature mortality. I think that staying with 1 or less a day could be considered punctual. Any type of industrial bakery or any meat processing already counts.

What are the long-term consequences of not taking care of your diet?

First of all, it is cardiovascular disease. We have two pandemics, the first is obesity, which seems to not go down in history, but continues and continues to grow. According to the most rigorous studies, 4 million deaths a year have been associated with excess weight. Obesity kills, above all, through cardiovascular disease and through the other pandemic, diabetes.

According to the International Agency for Research on Cancer under the World Health Organization, there are 13 cancers associated with obesity, and it is precisely those that are currently out of control. There are some related to tobacco or hormones, which are decreasing, obesity-related cancers are rising, such as colorectal cancer, kidney cancer … They are cancers that are exploding and that as there is more obesity in the population , the more it is getting out of control. Right now obesity has emerged as one of the main factors of cancer, which are preventable. This underscores the need to be at the ideal weight.

Of the easiest mistakes made in epidemiology, the most common is underestimating the risk of premature mortality, cancer, or cardiovascular disease associated with obesity. On the one hand, because smokers tend to be thinner, and on the other, above all, because people who have a disease and do not know it, lose weight as a result of the disease. So it seems that thin people die more and it is false. This is very difficult to control and only when epidemiological studies are carried out, which are very good methodologically and take into account all the possibilities, do we obtain real results. These studies look at the effect of obesity on mortality in people who have never smoked, so there is no way to get confused.

When done right, you can see how terrible it is.

What usually are the differences in the body between people who lead a healthy life and those who do not?

An important difference is, related to diet, the low-grade inflammatory state. There are a number of mediators, called cytokines, that circulate in the blood and can be measured. These molecules cause the entire organism to have a state of inflammation that causes nucleic acids and DNA to break down further and to produce more mutations, which leads to cancer. All of this rises when the diet is pro-inflammatory, and junk food is pro-inflammatory, however the Mediterranean diet is anti-inflammatory. We have shown this in many studies, how the inflammatory index of the diet largely determines who will die first or who will die later. We have replicated this in both the SUN study and the Predimed study, which is why they are very consistent results. I am concerned about that low-grade inflammatory state that people who eat unhealthily have and all the multiple consequences that this has. Such as neuroinflammation, the risk of cognitive decline, the risk of diabetes, the risk of depression …

In his book he recommends 5 essential foods, among them he mentions EVOO, Why?

Extra Virgin Olive Oil has the best evidence currently available. The only study that has shown that heart attacks are reduced by 30%, by supplementing the diet with a single food, in more than 7000 people for 5 years, is the Predimed study. In the study, we gave EVOO at a rate of 15 liters to a third of the participants every 3 months, and we saw a very strong reduction in heart attacks, strokes, and cardiovascular deaths, compared to a control group that followed recommendations that had then for cardiovascular prevention, which was a low-fat diet. There is no other food that has proven this.

The second group was given nuts and they also reduced the risk of having a heart attack, but with Extra Virgin Olive Oil things were achieved that were not achieved with nuts, such as reducing breast cancer and ocular fibrillation. In fact, a dose-response effect was seen, because although we all gave 15 liters to consume a liter a week for their families, there were always people who consumed more and others less. We saw that those who consumed the most had a lower risk of breast cancer and ocular fibrillation, which is the main arrhythmia. Many benefits were also seen in the circulation of the legs. All of this was only seen with EVOO.

These studies were published in the Journal of the American Medical Association and Circulation, the top cardiology journal. They are articles that have been unique in the world of nutrition, they have been highly cited, since doing a field trial with healthy people distributed at random of this type shows the importance of the results.

Why is EVOO considered to protect against diabetes?

In the same study in Predimed, within the EVOO group, we found a 40% reduction in the risk of suffering from diabetes, among those who were not diabetic at the beginning. In addition, there are many studies that have systematized everything that has been investigated on it, and it is evident that the Mediterranean diet is the best way to reduce the risk of diabetes.

We are currently experiencing the COVID-19 pandemic, what two tips would you give people to strengthen the immune system?

The first is to follow the frugal Mediterranean diet, which helps to lose those extra pounds. I wrote a popular article in which I warned of what was coming with respect to the rise in COVID infections. In this situation, people who are overweight have a 50% higher risk of becoming infected, and a 48% higher risk of mortality. The Mediterranean diet has the advantage of making you lose weight, but you have to reduce calories, so it is important to eat it for dessert.

The second tip is to sunbathe. It is a very cheap vitamin D supplement, and in Spain we have abundant sunshine. We have to take advantage of the hours when they have the most ultraviolet rays, it is from 12.00 to 16.00. And do not take it behind the glass, since it paralyzes the ultraviolet force.

Fatty fish, eggs, mushrooms, mushrooms … have a lot of vitamin D, and also if we put them in the sun before cooking they acquire more vitamin D. There are studies that show that patients with vitamin D deficiency have a higher risk of contagion .

Vitamin D does not act alone, it is like a soloist in an orchestra that needs the entire orchestra to perform well. It is very important to follow the Mediterranean diet reduced in calories and to control weight.