“Extra Virgin Olive Oil is a journey of no return” 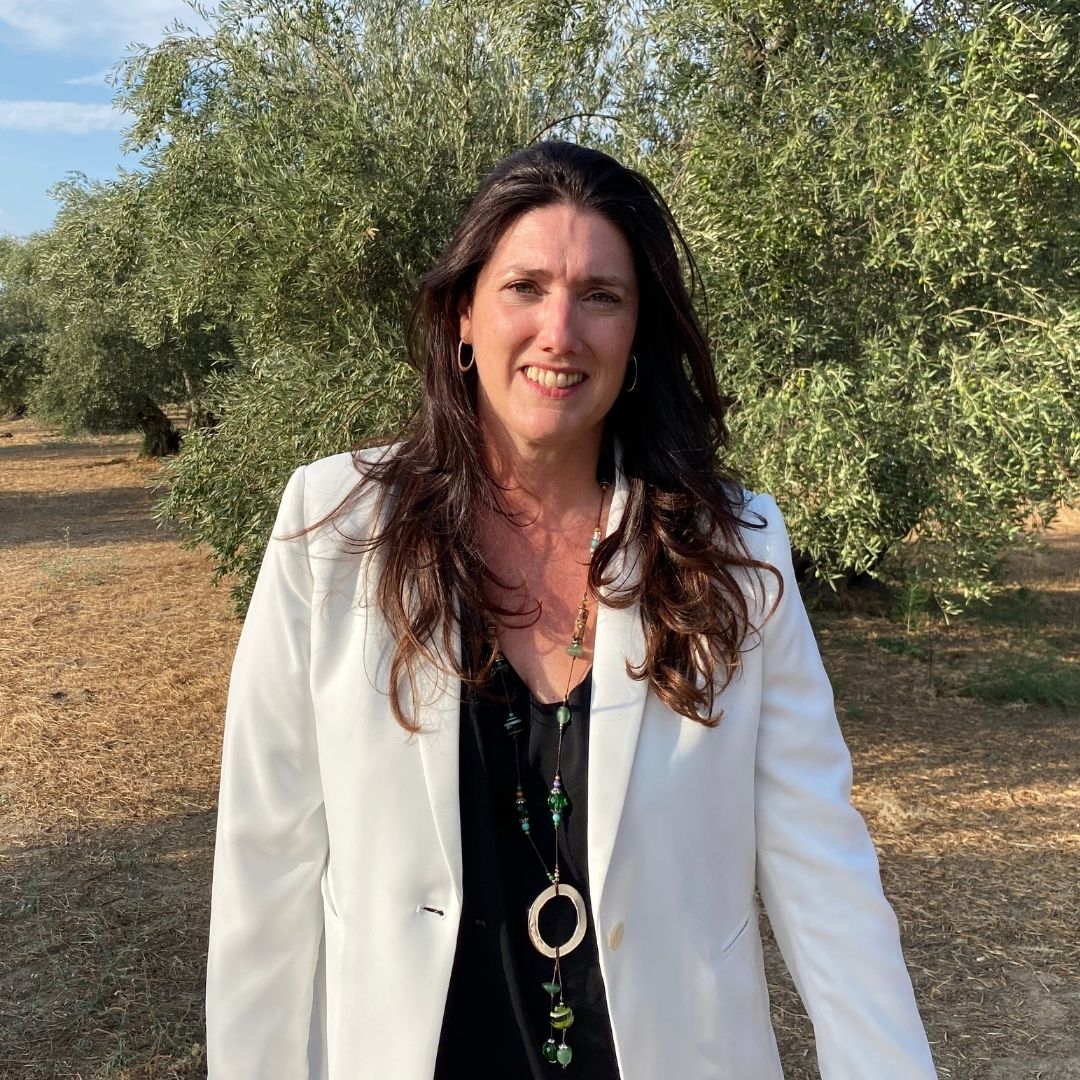 The Spanish Olive Oil Interprofessional is a non-profit organization, which unites all parts of the production and marketing process of olive oils from Spain, with the aim of promoting the consumption of Spanish EVOO around the world. At Verde Esmeralda we wanted to share a little while with Teresa Pérez Millán, Managing Director at the Interprofessional Organization of Spanish Olive Oil. She has told us many curiosities about Oil in Spain, its role and its evolution.

What role does Spain have in the production of Oil?

Spain is the world leader in olive oil production. On average, 1 out of every 3 bottles consumed in the world is of Spanish origin.

Is the product we have nationally valued?

Therefore, it is increasingly valued and appreciated since it is a product that is conceived as natural and healthy, but it is still difficult for the consumer to be willing to pay a little more for that added value that the product provides, because he does not know all the nuances behind a bottle.

Is it much more valued internationally than here?

The difference at the international level is that especially in countries that are new consumers, the new consumer enters already knowing all this information. He changes from another fat or another vegetable oil to an olive oil, knowing not only that it is a healthy product, but that it is 100% olive juice. It gives them those benefits of flavor, of nuances … The new client knows this sustainable component, and they are aware that it is an expensive fat, but for consumers who bet on changing their diet to olive oil, they do so being aware of everything it brings you.

Here, in the producing countries, where we obtain it partly by tradition, we have not consciously done this reflection. We should still do that exercise so that current generations and those to come, have it clear.

Do Spanish consumers know the differences between oil and EVOO?

There are people who know a lot and there are many people who think that all olive oil is the same. More and more consumers know that extra virgin is like an olive, but when they have to define what an olive oil is, they do not know how to define it. Therefore, conceptually it is easier to explain to the consumer what virgin oils are, because they come directly from the olive, they only have physical processes and it is that olive juice. But for olive oil, it is difficult to understand it on the one hand, and on the other hand, because for many years there has been little price difference in what were the commercial categories, and that did not help the consumer to know if there was a quality difference between one and the other.

Are consumers aware of the existence of different varieties of olives?

Increasingly. From the Interprofessional we launched a campaign “An entire experience” to value the varieties within the world of EVOO. Without a doubt, we saw that it was an opportunity to differentiate and add value to the product. Thanks to that effort, Picual, Arbequina are already known … they are varieties that sound familiar to them, help them to know which one they like the most and they have also learned that they can be used in different ways. Without a doubt, it has increased the level of richness of EVOO within the distribution vineyards.

What varieties are the most chosen by consumers?

The most chosen are the most widely available, usually the ones that are the most on the shelves. Mainly they would be hojiblanca, picual and arbequina. Cornicabra is a very stable variety, but it is seen less frequently. Picual is the variety that is produced the most in the world, the volume of production greatly helps the supply on the shelves.

The variety landscape has been enriched, and now the consumer can find varieties such as Royal. Without a doubt, there are more and more varieties known to customers.

What should we change to be more aware of the value of EVOO?

laro that olive oils are a healthy product. But, efforts must be made to explain what those properties are concretely, and what makes them absolutely different and very particular. There is no fat that will be able to contribute as much to the diet as olive oils.

Has the consumption of EVOO in Spain evolved?

It has evolved a lot. In fact, it is the category that is growing the most. In Spain, giant steps have been taken in the last 30 years, in improving the quality offered in the markets, reaching the TOP positions, being the highest quality oils in the world.

The consumer continues to learn and from that learning, the Extra Virgin is a journey of no return. When a consumer knows and appreciates an Extra Virgin, he is hardly going to bet on other oils. You also have to learn to value each commercial category and to give it a use, since everyone has their space in the kitchen. Without a doubt, our gastronomy, the Mediterranean diet, is rich in culinary techniques, so Olive Oil is a fundamental pillar of our diet.

Do customers attach importance to EVOO having prizes?

It depends on the client. There are customers who only look at the price, so they do not look for a prize. But there are a number of consumers who for them an award is an additional recognition of the value and quality of an oil. Behind an award there is a series of experts who have valued the product, and who have given it that recognition. Therefore, that consumer who wants to try those that are cataloged by different competitions as “The best oils of an agricultural season” is undoubtedly an additional claim for those who bet on quality and want to be surprised by the Extra Virgin.

What are the 2 most valued factors of AOVES in competitions?

I believe that what is most valued is the intensity of the fruity and that it is a balanced fruity and fresh. Now what is most popular is that green and powerful fruity, which is very fashionable. Personally, the keys are intensity and above all balance. That balance between fruity, spicy and bitter that they have to have to make it a round oil.

How have the events that you organize helped in the visibility of the oil?

We have done a lot of events during these more than 12 years that we have been working. Visibility can be measured in different ways. In large format we have called them to NY in the US, Shanghai in China, Japan … nuclei with a large concentration of consumers and population.

Without a doubt, we have given it visibility through campaigns and communication. Before, we commented on the “All an experience” campaign, highlighting the varieties, or the one that worked with the refillable container in the restoration, with that claim “Sorry”, which was very. It had an incredible notoriety. Other campaigns such as “No kitchen without olive oils” which is the one we have right now. Without a doubt, he is trying to open his eyes, and to continue to advocate in the message of the previous campaign of “And can you imagine your world without olive oil?”. We obviously did not imagine it, and what we want is that the consumer does not imagine it either. Therefore, the idea is that no kitchen, either in homes or in restaurants, can do without olive oil.

Visibility is at all levels, without a doubt, the presence, value and prescribing power of a product that is already recognized for its healthy value is indisputable. Right now, the news is talking about the “Nutriscore” and all the controversy of the frontal labeling of the containers, and I think that the sector has raised its voice and society as a whole has echoed that eating away at a product that has no substitute .