Interview with the president of ECOVALIA, Álvaro Barrera

Home
/
Uncategorized
/
Interview with the president of ECOVALIA, Álvaro Barrera 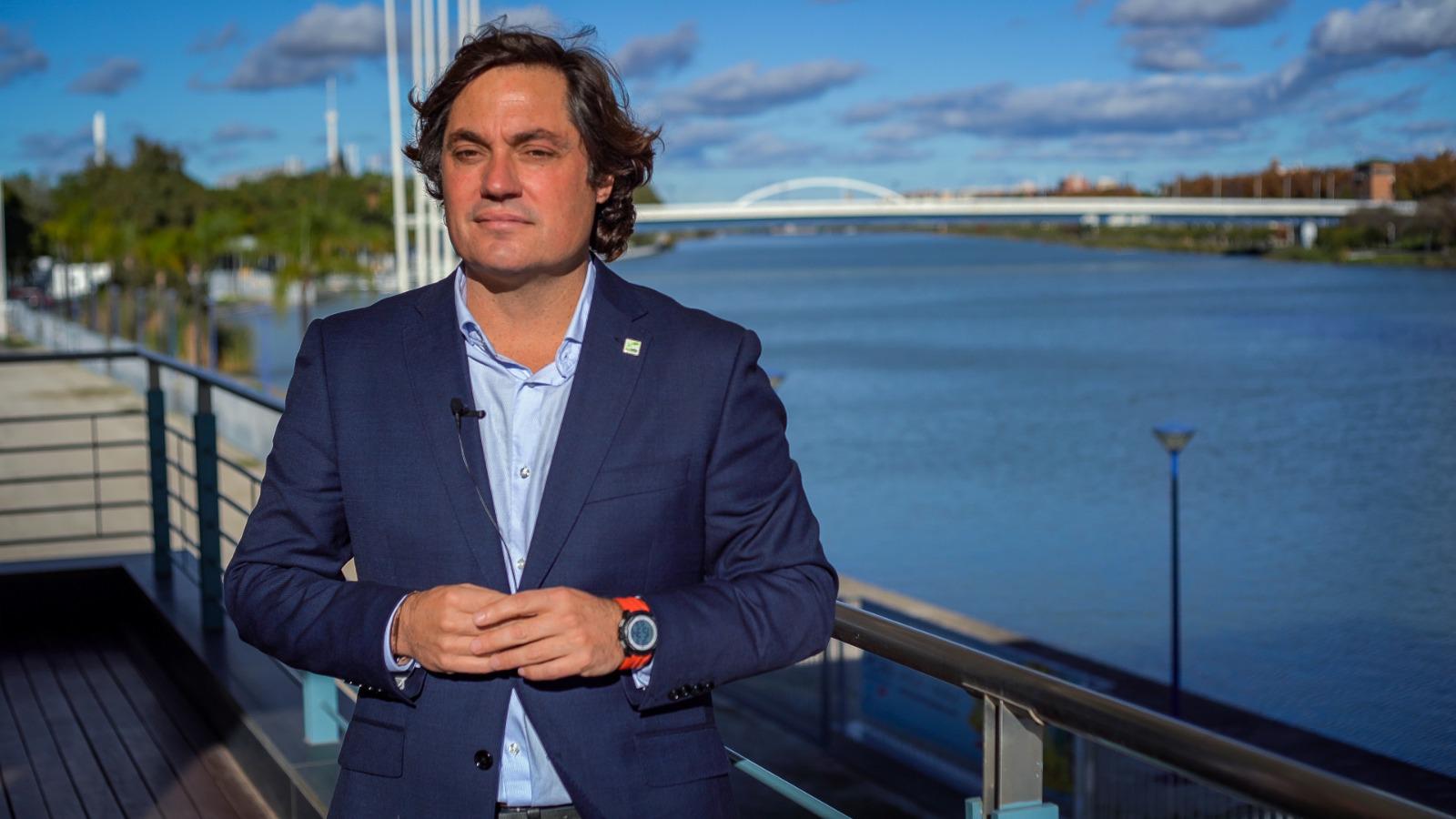 Enjoy a day in the mountains, breathe the fresh air, bathe in the sea on the beach, smell the flowers in the park, eat a fruit freshly picked from the tree… we can all enjoy it thanks to the land. At Verde Esmeralda Olive we are aware and value what surrounds us, that is why we produce Organic Extra Virgin Olive Oil, an EVOO that respects the environment from the birth of the olive to the last step of its production. Today we spoke with Álvaro Barrera, president of ECOVALIA, the Spanish professional association for organic production. Stay with us and discover why it is so important to take care of and respect what surrounds us!

What is organic production?

Organic production is a sustainable production system, based on respecting biological cycles and production times, not using synthetic chemical substances and giving added value to productions. Furthermore, it is the only regulated production system that mitigates the effects of climate change. Both agriculture and organic livestock are characterized by ensuring native species and breeds, respecting the environment and favoring local employment.

What are the objectives of the Spanish professional association for organic production (Ecovalia)?

Ecovalia is the Spanish professional association for organic production, with thirty years of experience that we celebrate this year. It has a social mass of more than 15,000 producers, farmers, ranchers, industries, processors and processors. Values ​​such as integrity, social commitment, respect for the environment and responsibility move us in our daily work. Our main objective is to continue betting on organic production, because it has strong arguments that position it as the most effective tool and the only regulated production system that contributes to mitigating and adapting to climate change. At Ecovalia, we have also been working towards the 2030 Objective, so that by 2030 we reach 20% of consumption in Spain to be organic. And that 30% of the useful agricultural area in Spain is ecological. We have to believe that organic production is a necessary and future-oriented bet. Production and consumption must be supported.

How does organic production influence the quality of food?

Organic products have a high quality in their composition, which retain a higher concentration of nutrients (proteins, minerals, vitamins, antioxidant substances …) and also have a greater intensity of organoleptic qualities: flavor, aroma, color, texture. And we can affirm this because there is data that supports it.

An organic product is one that comes from organic farming and is certified by an authorized control body. This can only be guaranteed by correct labeling. And this is fundamental; if there is no certificate it is not organic and cannot be labeled as such, this is basic.

What are the differences between a normal EVOO and an organic EVOO?

Both being the maximum exponent of olive oils, the organic extra virgin olive oil expresses the olive juice in its highest quality, without the presence of synthetic chemical substances, allowing all its antioxidant agents without any alteration. In addition, a liter of ecological oil eliminates the CO2 that a car emits during a month making the trip to the workplace.

What are the main benefits of organic EVOO?

It is your direct connection to the terrain. By producing organic extra virgin olive oil we are impacting the olive grove with greater diversity, retention of soil, soil structure and fixation of biodiversity and rural population.

What are the health benefits of consuming organic food?

Organic food does not use organophosphate or organochlorine and this has a direct impact on our health. In addition, the organic production cycles allow all the vitamin complexes that may be absent in conventional food to be expressed, mainly the water-soluble vitamin complexes.

How does organic production help the environment?

The study prepared by the Chair of Ecological Production of Ecovalia of the University of Córdoba and directed by Eduardo Aguilera confirms that all organic crops reduce the carbon footprint, both per hectare and per kilo of product. For example, in the case of olive groves, the carbon footprint even becomes negative: we are talking about -0.1 kilo of CO per kilo of product. We must remember that a liter of organic olive oil mitigates the CO that our car can emit in a month in a daily commute to our work. In addition, other crops such as winter cereals, subtropics and citrus also contribute to the reduction, by more than 42%, 40% and 60%, respectively.

Ecological production influences the increase in biodiversity through agronomic practices of association of crops and plant covers, as well as the influence of cultivated biodiversity and specifically local varieties in obtaining balanced foods with adequate attributes. nutritional and organoleptic.

How does organic production fix the rural population?

Organic farming develops a production system that combines experience in this field with the latest advances in innovation to promote the creation of quality food, taking into account social, environmental and economic reasons that contribute to sustainable rural development. Organic production has played a fundamental role in the development of rural areas, in aspects such as: job creation; incorporation of young people; fight against depopulation; as well as in a greater presence of women in the agricultural field, hence it has been an important element in the policies of the second pillar.

Of course. It is agronomic, environmental and socially sustainable. It increases the fertility of the soil with which it is not mortgaging future productions, it allows a real sustainability of farm accounts and manages a biodiversity of farms and ecological companies, which make it possible for these companies to have a roots in the land.

What challenges do you have in the long term in terms of organic production?

Europe has approved the Green Pact (Green Deal), where it is clearly committed to organic production, that is to say it loud and clear. If we pay attention to the policies that are carried out in other countries such as Denmark, which is a leader in consumption, has put 80 million euros on the table in a five-year plan for public purchase of ecological products (hospitals, schools and the army). What is the public purchase of organic products in the Spanish territory or by regions? To this day, we do not know. Second, what promotion campaign do we have for organic products by our Ministry or Councils? None. These are some of the issues that we believe need to be worked on. There are entities, such as Ecovalia, in which we have the 2030 Goal, so that by 2030 we reach 20% of consumption in Spain to be organic. And that 30% of the useful agricultural area in Spain is ecological. In Spain we have to believe that organic production is a necessary and future bet. Production and consumption must be supported. The CAP and the PDRs have a lot to say in this sector.