Today we bring you an elaboration that will make you salivate just by seeing it. It is one of the most typical dishes in northern Italy, although it has now transcended borders and is known in many parts of the world. There are different types, as it can be meat carpaccio or raw fish carpaccio. The veal carpaccio is usually served as an aperitif, before the main dishes. 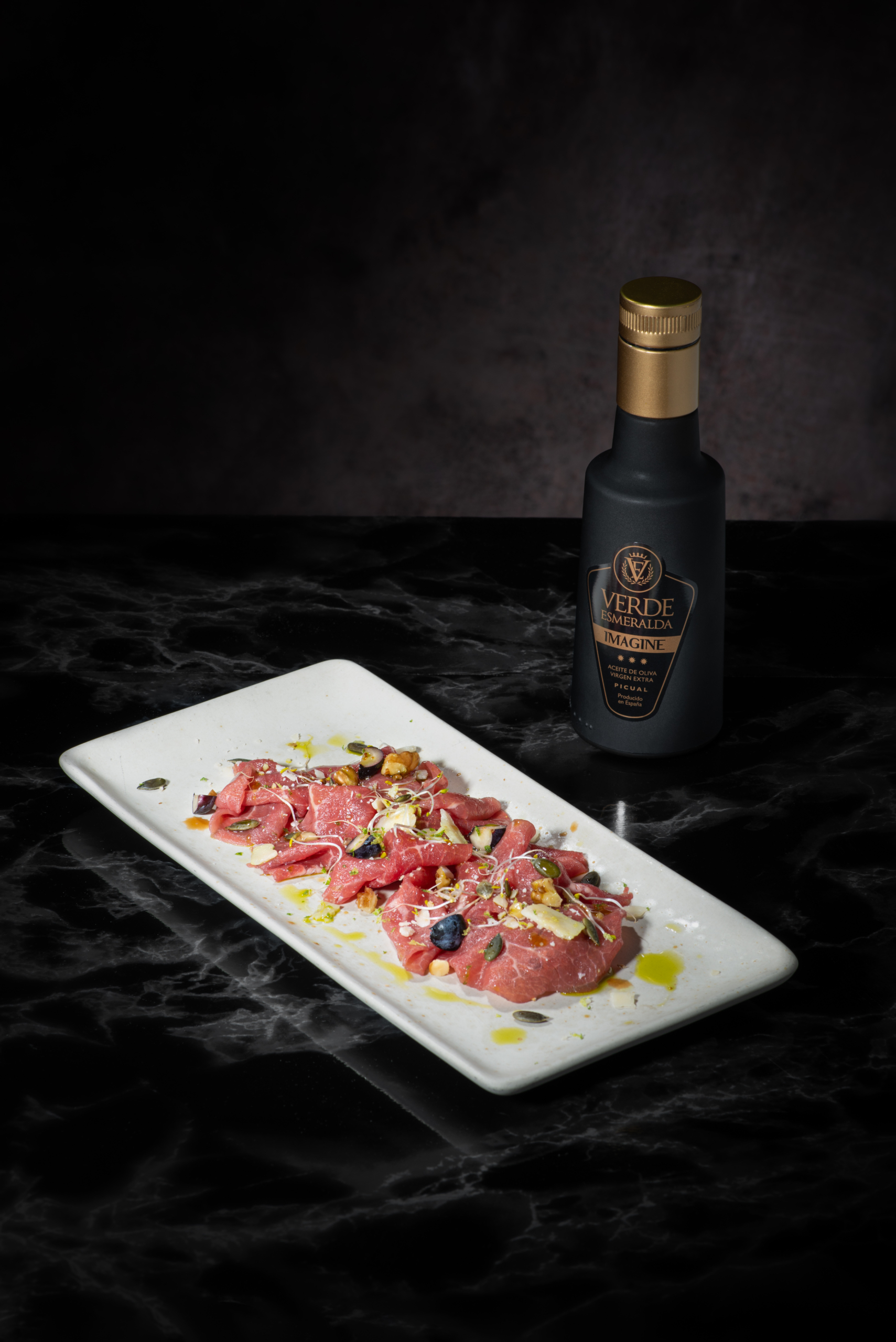 How to prepare carpaccio? To make the best carpaccio recipe, you will need:

With the help of plastic wrap, wrap the sirloin very tightly with several layers so that we have a tight cylinder of sirloin and freeze 1h.
Remove from the freezer and with the help of a meat cutter or with a very sharp knife, remove the plastic wrap and cut into very thin slices.
It could be substituted for any pre-cut butcher beef carpaccio.
Arrange the slices on a flat plate giving them the shape of a wave so that they have some height.
Chop the walnuts roughly with the knife.
Cut the blueberries into smaller wedges.
Break the pumpkin seeds slightly.
Season the carpaccio and add the lime zest and season with its juice.
Add the extra virgin olive oil on top of the carpaccio generously.
Distribute the rest of the elements on the sheets as decoration.
And finally… enjoy and savor every bite!